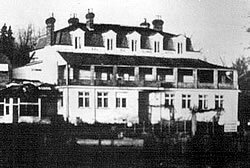 Eel Pie Island is a small island on the River Thames in Twickenham, Middlesex and in the 1960s, a dilapidated hotel on the Island was part of a music revolution that was to change popular music for ever.

It was trumpeter Brian Rutland of The Grove Jazz Band who first had the idea of starting a Jazz Club at The Eel Pie Island Hotel in 1956. Soon after, Arthur Chisnall, who owned an antiques shop in Kingston, became involved in organising weekly dances there.  Arthur brought fame to the Eel Pie Island Jazz Club as a result of his social work in giving young people a voice, and bringing in name jazz acts like Ken Colyer, Chris Barber, Kenny Ball and George Melly.

In 1961, Alexis Korner and Cyril Davies founded the first home-grown Rhythm and Blues outfit, Blues Incorporated, and founded their own jazz club in 1962 – the Ealing Club.  Early visitors to the Ealing Club included future Rolling Stones Mick Jagger, Keith Richards, Brian Jones and Charlie Watts.  Within a year, these young men were unknowingly altering the course of popular music just down the road – at The Crawdaddy Club in Richmond and on Eel Pie Island.

Eel Pie Island in the 1960s attracted ‘Beatniks’ and ‘arty’ people.  Teenagers were discovering black American blues and new musicians of the era were incorporating this sound with popular Rock n Roll.  Many of the new Rhythm and Blues bands (including The Rolling Stones) were formed at art schools, although Rod Stewart rose to fame after being discovered busking on Twickenham Station by Long John Baldry.  Apart from the fascinating graffiti and footprints on the ceiling of the bar, the Hotel had a sprung dance floor which bounced the audience up and down in time with the music as people danced.

In 1967, the Hotel was forced to close as the owner was unable to meet the cost of repairs demanded by the police.  In 1969, the Club briefly opened as Colonel Barefoot’s Rock Garden with bands such as Black Sabbath, The Edgar Broughton Band, Stray, Atomic Rooster, Genesis and Hawkwind.

In 1971, the Hotel burnt down ‘under suspicious circumstances’.

We now jump forward 27 years, to 1998 when The Museum of Richmond put on an exhibition called ‘We’re Really Rocking in Richmond’ commemorating 35 years since The Rolling Stones began their rise to world fame in the area.  Gina Way, a Richmond girl who used to go to the Island as a teenager, had the idea of putting on a Rhythm and Blues concert in conjunction with the Exhibition, to benefit the Museum.  This first concert of its kind since the 1960s, promoted by Gina Way and Warren Walters, was called ‘From Rock n Roll to Rhythm & Blues’ and featured The Yardbirds, The Downliners Sect (with special guest Art Wood), Tom Nolan’s Bluescasters and The Bruvvers.  The concert was sold out six weeks before the event. 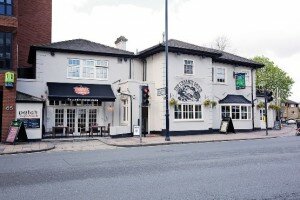 It was local musician, Tom Nolan, who had the idea of forming a music club specialising in UK Rhythm and Blues.  He approached Gina and Warren who agreed to ‘give it a go’ and in 2000, Tom, Gina and Warren formed the new Eel Pie Club.  The first venue was at The Fox in Church Street, Twickenham, but the Club very soon outgrew the premises and in June 2000 moved to The Patch, above The Cabbage Patch Public House on London Road, Twickenham, where it has remained ever since.

The aim of the Eel Pie Club is to preserve and continue the heritage of Rhythm and Blues in the area where it all began in the 1960s.  The Club, now run by Gina and Warren, after Tom moved out of the area, has recently welcomed its 1200th Member.  It has received many accolades, including being voted ‘best place to hear blues’ in England, by The Saturday Guardian.  In 1999, the Mayor of Richmond, Cllr Helen Lee-Parsons, in association with Richmond Council and The Eel Pie Club, erected a heritage site on Twickenham Embankment, dedicated to the bands and musicians who played on Eel Pie Island, and the part played by Arthur Chisnall.  The heritage site can be found by The Barmy Arms Public House, opposite the Island. 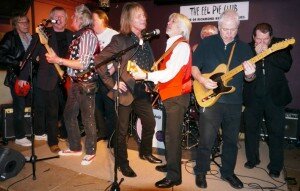 The present day Eel Pie Club keeps alive the music of UK Rhythm and Blues and attracts visitors from all parts of the world.  The Club remains a lasting memory to the bands and musicians who played on Eel Pie Island during those creative and heady days of the 1960s.